Continue your connections with the literary and scholarly community in Finnish-North-American Literature, and support FinNALA simultaneously. Renew your membership on line or by mail.


Thanks for your continuing membership and support as we near our tenth year as an organization!


For a modest $25.00 (U.S.) fee, FinNALA will:
1.  display your book on its table in the Tori for the duration of FinnFest
2.  keep a small reserve supply to replace sold books
3.  keep a record of all books sold & pay each author for sales of their books
4.  keep you from having to pay the $300 fee to rent and staff your own sale table
5.  staff the FinNALA during all regular Tori hours of the FinnFest.

We think this will be a great opportunity for our authors to gain exposure and to make some money, whether they can attend or not.


If you’re interested and will be present at FinnFest, please contact me as soon as possible at bethlvirtanen at yahoo.com.

If you are unable to attend FinnFest and wish for your books to be sold at the FinNALA table, please contact the FinNALA president at the email address above so we can make arrangements to make your book available.


Hi everyone!
I am working on research for two projects in which I am engaged. The first is to update the FinNALA bibliography, and the second is for a presentation I have been asked to give regarding the current state of Finnish-American literature and its critical analysis for FinnFest 2014.


To that end, I am requesting that all of our active authors, poets and scholars in the Finnish North-American literary and literary scholarship communities share with me a list of their most recent publications, those since 2000, and where they have been placed. I want the updated bibliography to serve as a robust tool by which to record the accomplishments of our collective literary and scholarly output.  In addition, as I present on the latest developments in our broad community, I want to have a sense of the depth and breadth of our considerable work. Your help will ensure that I don’t overlook any aspect of our literary and critical output.


Please do send a list of your publications to me at bethlvirtanen at yahoo.com. With your contributions, I will strive to make a comprehensive update of the bibliography on our website and use it along with other research products within the presentation I will make to the larger cultural community at FinnFest in the Twin Cities this summer. 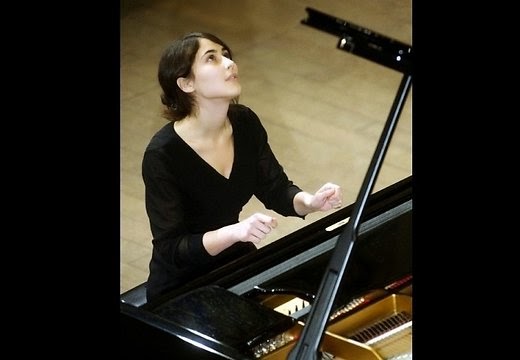 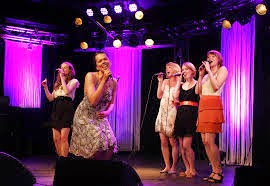 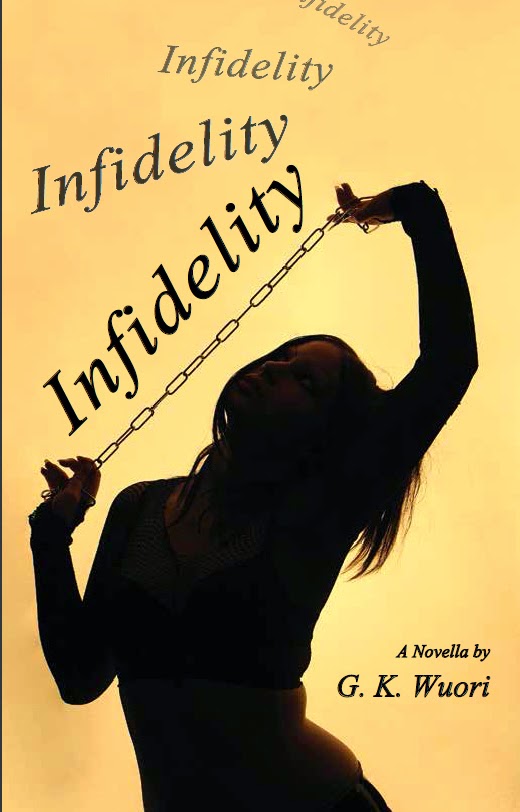 G. K. Wuori’s latest novel, Infidelity, is available from Main Street Rag Publishing.  The story deals with a middle-aged lawyer struggling with depression as he finds himself embroiled in a gruesome murder case, and with a homeless woman who offers him a strange and unique sort of salvation.  This is not a self-published book.  It can be ordered online directly from the publisher at www dot mainstreetrag dot com, or from my website at www dot gkwuori dot com.  The price is $12.00 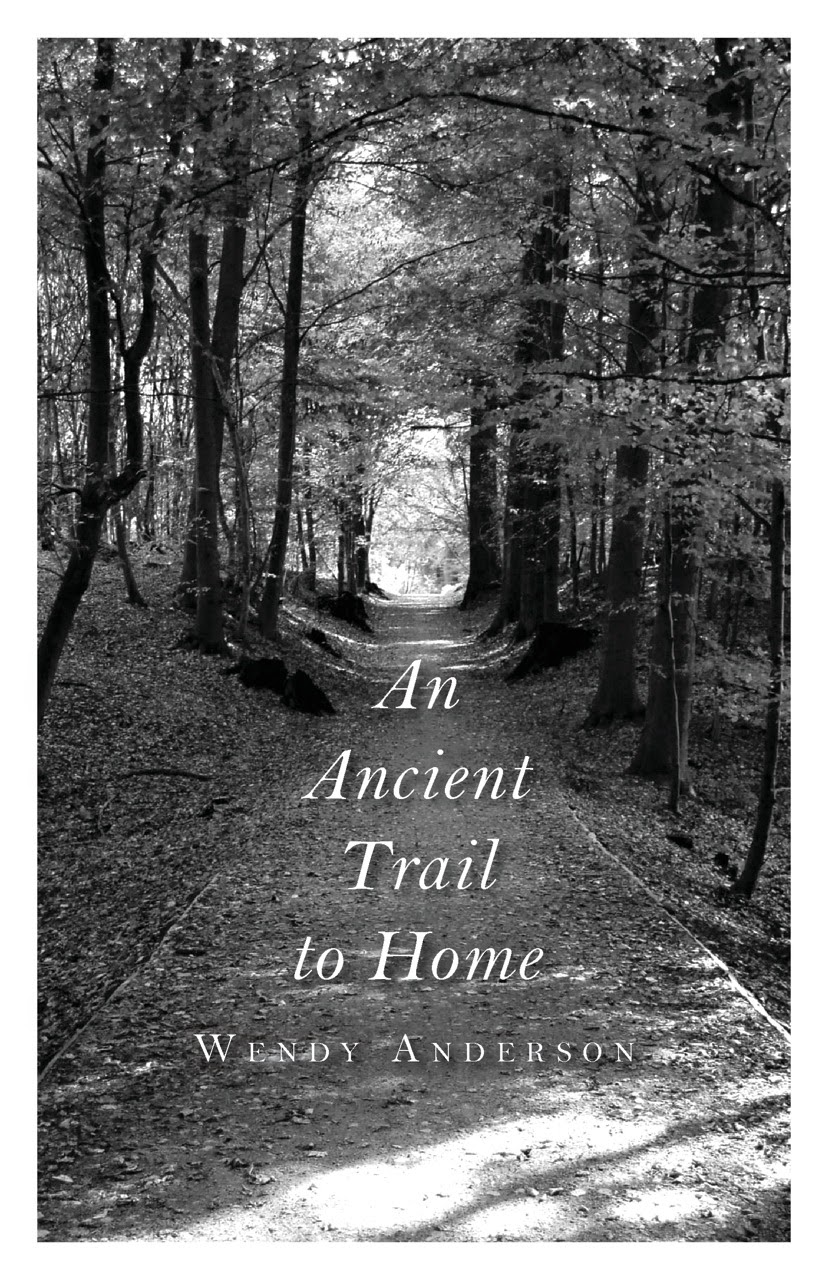 Finnish American writer Wendy Anderson has a new poetry collection coming out in September. An Ancient Trail to Home recalls Anderson’s childhood in Monson, a town of 600 in north-central Maine, where most men logged or labored in slate pits and factories. Her own father was a meat cutter, who worked long and hard to feed five kids, while her mother sometimes broke under the demands of household drudgery. The poems chronicle life in the woods, and Anderson’s growth into adulthood and motherhood in Chicago, where she settled after college.
To order online An Ancient Trail to Home online, go https://finishinglinepress.com/product_info.php?cPath=2&products_id=2114 John (Juha Raikkonen's book Life is an Amazing Song, is an uplifting and humorous book about his growing up in Finland and Sweden. Visit the author's website at www.LifesAmazingSong.com for ordering information
~~~ 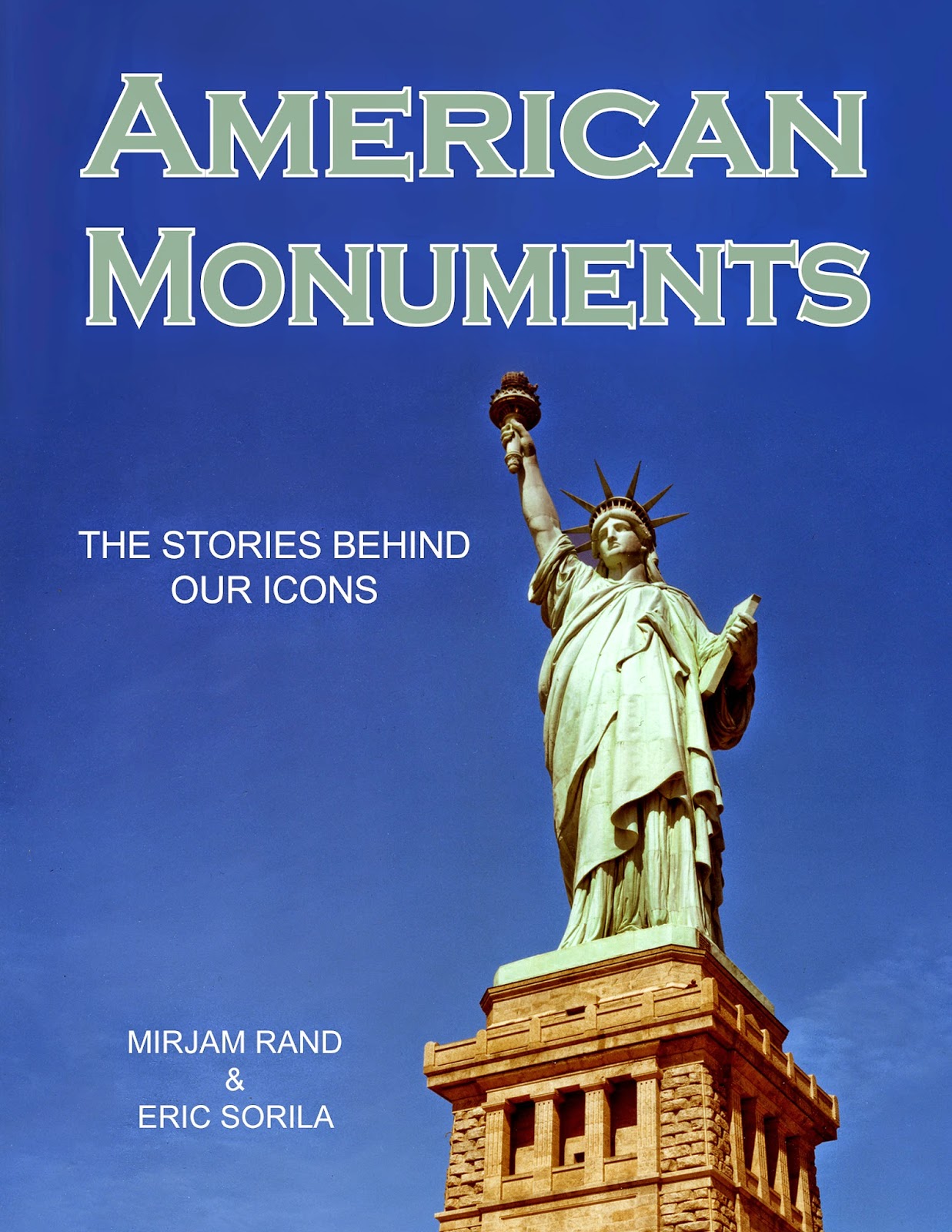 Since her inauguration in 1886, the Statue of Liberty has welcomed emigrants into the United States. Over the years, multitudes of Finnish people have immigrated to America, and today an estimated 600,000 Americans with Finnish background live in the United States. The Statue of Liberty deserves a very special place among the American Monuments.
Eero (Eric) Sorila and Mirjam Rand have co-authored American Monuments: The Stories Behind our Icons. It is available from Xlibris.com and Amazon.com. This book features information on 25 iconic American monuments.
﻿
~~~

First visit to the family in Piscatiquis County, Maine
She is so far into my country,
wading through my inland springs,
tiny overalls rolled to her knees,
and toes balled up like spruce gum
against the cold.
August sun sits in her cheeks,
autumn rustles through her hair,
and a milky curve of moon nestles in her thighs.
Her belly is a canopy of night sounds,
of cricket chirps and frog croaks,
of April runoff and January hail.
Birds soar straight down her legs,
lift up her arms, and startle her
into trying too soon to fly.
She follows an ancient trail to home.
She is a fawn feeding on my flowers,
a fox sniffing at my windows,
a fat cub, curled up and cozy in my chair.
She is going out the back door
and coming in the front,
landing like a flock of geese on the rug,
all her squawks and busyness
causing a ruckus and lighting up the house.
She is a thunderstorm just started
a lightning shower at peak,
and finally a dome of crisp, clear sky.
She is my first star.
~~~

Two Poems
by
Gary V. Anderson
Istu
Finnish for sit
She pats the
dusty step,
says, isuta.
Neither of us
know the
importance of
clean steps to
signal the
condition
inside this
Finnish home.
Setä
Finnish for Uncle
I was born the
day his body,
free of the B17 Bomber,
rose to the
surface of the
Zuider Zee.
I read a letter
saved from the war,
proved his visit
nine months
before I was born.
Named for him,
I enjoyed status
not known by the
other six children.
I wonder
about the father,
his brother,
let alone the mother.
~~
Three Poems
by
Diane Dettman
Evening Fog 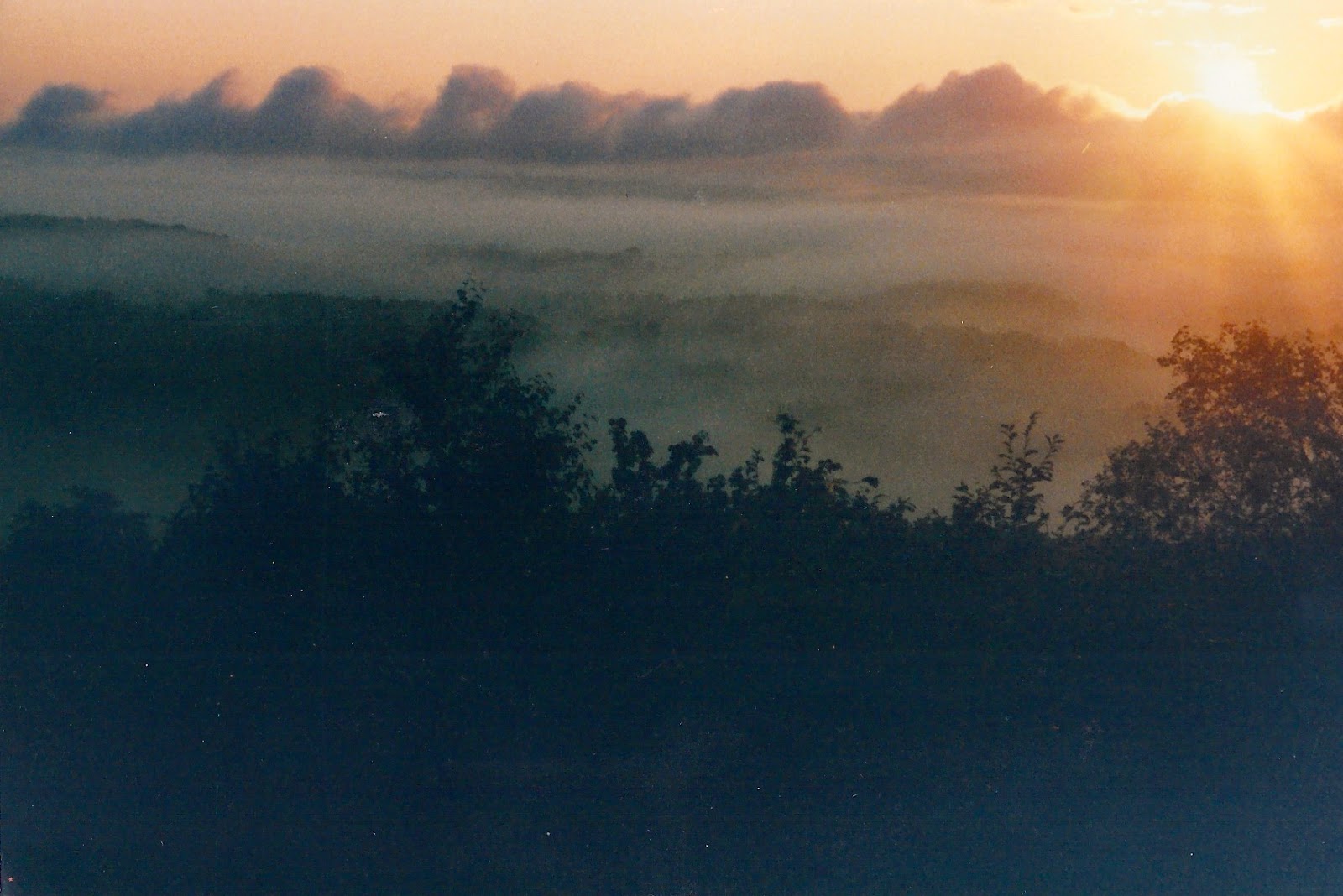 The river flows in silence,
Fog drifts at dusk.
Nestled in the valley,
Like warm
Butterscotch pudding,
Her beauty soothes
The soul.
Soft wisps of fog
Timeless and
Universal. 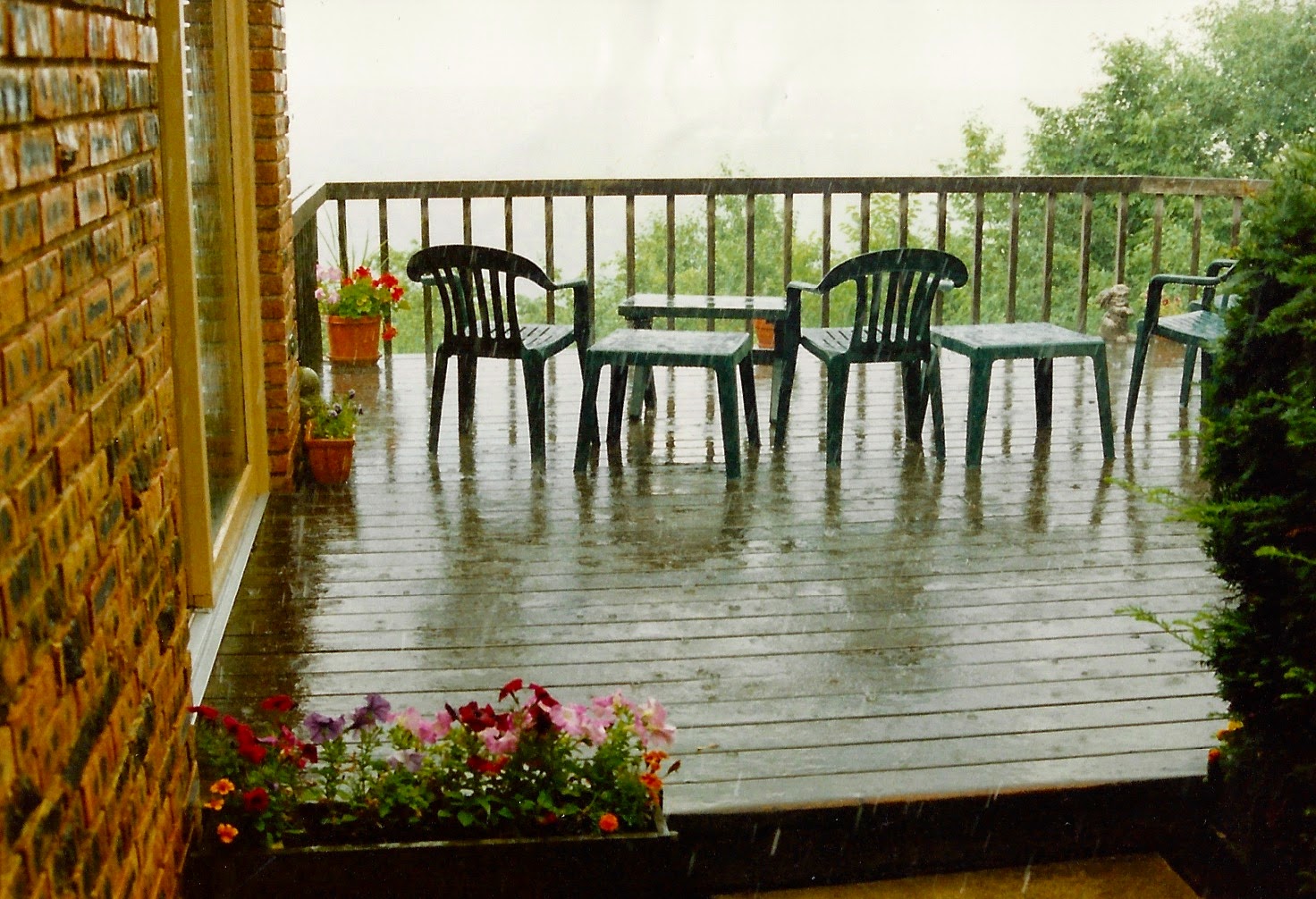 Do not discourage the rainy day,
Though you’d rather see the sun.
The rain has come to refresh the earth
And get us on the run.
Why do we dislike these rainy days?
They trap us deep inside.
Maybe it’s because we’re alone,
From ourselves we cannot hide.
Enjoy a rainy day to read or write,
Or take time to call a friend.
They’re precious moments to refresh our souls.
Oh, rainy day—don’t end!

Diane Dettmann’s the author of Miriam Daughter of Finnish Immigrants and Twenty-Eight Snow Angels A Widow’s Story of Love, Loss, and Renewal, named runner-up in the national “Beach Book Festival Awards”. Diane’s shared her writing at local authors’ events, festivals and international conferences in Finland and Canada. Both books are available online at Barnes and Noble and Amazon. To order go to Diane’s website at: http://outskirtspress.com/snowangels
﻿
﻿
~~~

A swallow caught in netting that surrounds a patch
of tubers near a mountaintop attempts to flit
its wings while free birds swoop between the mesh, betrayed
by corpses of unfortunates with withered flanks.
The fated spies the action and the stillness of

the web I skirt to climb a stairway carved in clay.
Outside a tunnel dwelling at a plot atop
the treeless peak, stiff gusts from the seashore beyond
flap tarps at inland spines, which stare to tower blocks
and cranes above the town below, enshrined in smog.

I descend through a maze of bamboo mounds where tombs
decay beneath crops. Some gravesites sport flowers laced
with shreds of firecrackers.  Among the weeds along
a fence, a pheasant snared in scrapped cord flops about
for flight.  I cut the tangled lines from bloodied legs.


The Statue of Liberty
(From American Monuments: The Stories Behind Our Icons)
By Mirjam Rand
This statue in New York Harbour has been a symbol of freedom for millions since its inauguration in 1886. The words of Emma Lazarus are inscribed on the base: “Give me your tired, your poor/Your huddled masses yearning to breathe free.”
The Statue of Liberty was a gift from the French to the People of the United States, marking the US centennial of 1876. Frederic- Auguste Bartholdi designed and named the statue Liberty Enlightening the World. It was initially intended to be a lighthouse for New York Harbour traffic. Attempts to illuminate the torch failed and lights were installed instead to shine on the statue.
This monument, with its pedestal, stands 305 feet high. Copper sheeting covers a steel armature designed by Gustave Eiffel, who also designed the Eiffel Tower in Paris.  In her left arm, Liberty holds a tablet inscribed with the date, July 4, 1776. The extended right arm has a staircase inside it. Since 1916 public traffic to the torch balcony is no longer permitted. 354 steps lead to the crown, which is open to the public but limited to 240 people per day.
An icon of peace and hope, the Statue of Liberty is perhaps the most enduring and beloved of American monuments.
Two Poems
by
Don Hagelberg
Mourning
For "Odie"
Prison camp mornings
Uniformed by minds:
cut to weigh equally,
evidenced hard, loafed in ovens,
pronounced guilty of hunger,
then disposed of as trash-crime.

Weather or Not
An Acrostic

When the glisten of fallen rain
echoes from the tops of plank fence,
at that point when vision dies,
to be caught between afternoon and night,
how am I to define the real,
either in head or beyond, with a
relishing imagination which glints of hints?

I.                  Down to North America I will descend, spirit matter-born,
Dead aware, cold and smart as clear bright stones.
Into its’ white, green, white shimmering center,
Through Creation’s plasmic sheets of layered light,

I will make my flight.

Deep down the bright blue stratic bands I will sift,

Race billowing past me, furious with weather’s moods,

By trebled speed, cubed and squared,

They burst deca-1,000’s of feet in thrusted columnar ascents.

Hold angels’ court while mystery birds swirl thundered sky,
Divide Creation’s great bowl and bath with flash of feather, flash of eye.
Both human and human-not appear, gravitous to compass lines from
The All-Black’s very edge,
Are splayed to mighty quarters,
Set spinning to sidereal standards in this sparse amber of the forever vacuum.

From my continent’s sunken seed.

Growth proceeds, retreats; I orbit and approach all throbbing,

Jewels, spheres and interstice of cloud,

Calling the subtle music of the minerals’ bonded dance.

My planet’s covers shift and sway,

Through cubes of light, through ioned seines of air.

I will join in trust my fellow delicates tied to these gnashing grand hammers,

Bonded mysteriously to the glitter-stone at our smart center,

And from that center, I will stand.

Bend it to kindred tongue, one luxuriant, deft of phrase,

Magnify and send the solar mind speeding to its’ 6 corners.

Mute the outside clash.

Separate the still and silent.

Magnify the colors’ dance down to white….green…white… 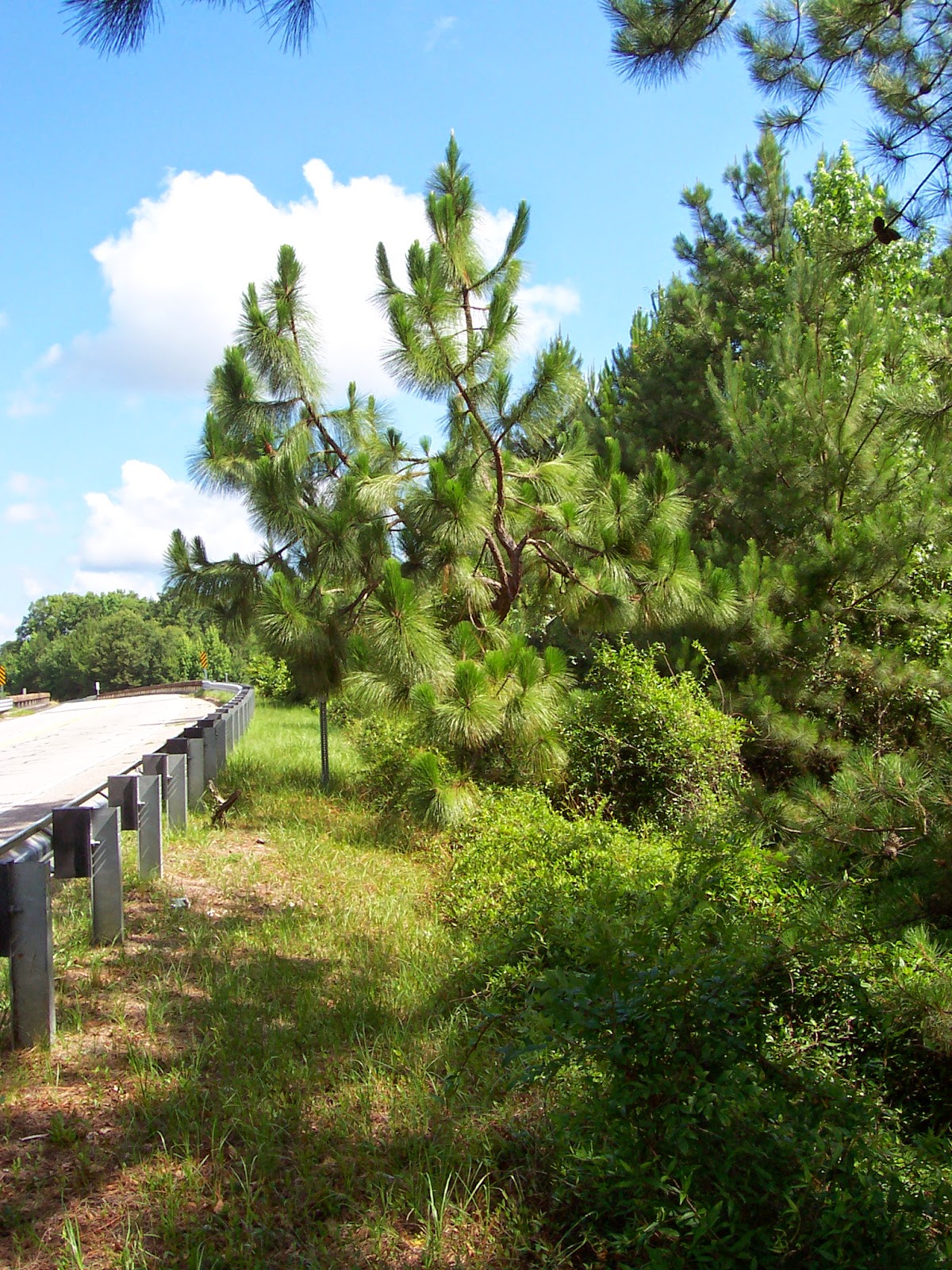 Let’s dodge corn-snow sugar-coating hilltops,
Steal the most precious time of day.
Just one more time, let’s close our workshops,
And mingle with the clouds at play.
Witches

I.                   Witches in the park weaving new blades of Spring grass into sunny days,
Ignore the rain-dark crowds who bustle by city-like in sidewalk-straight daydreams.
Witch by rock, facing East, witch by tree, facing South,
Combine their notions,
Chase the clouds away.

IV.             Buttercups begin their bloom, reflecting golden rays.
Nature tender, Nature warming listens as we play,
Rhymes the spritely footsteps taken with a matching crystal day.
The meadow’s song will syncopate the breath and hearts symphonic,
Melt the clouds away. 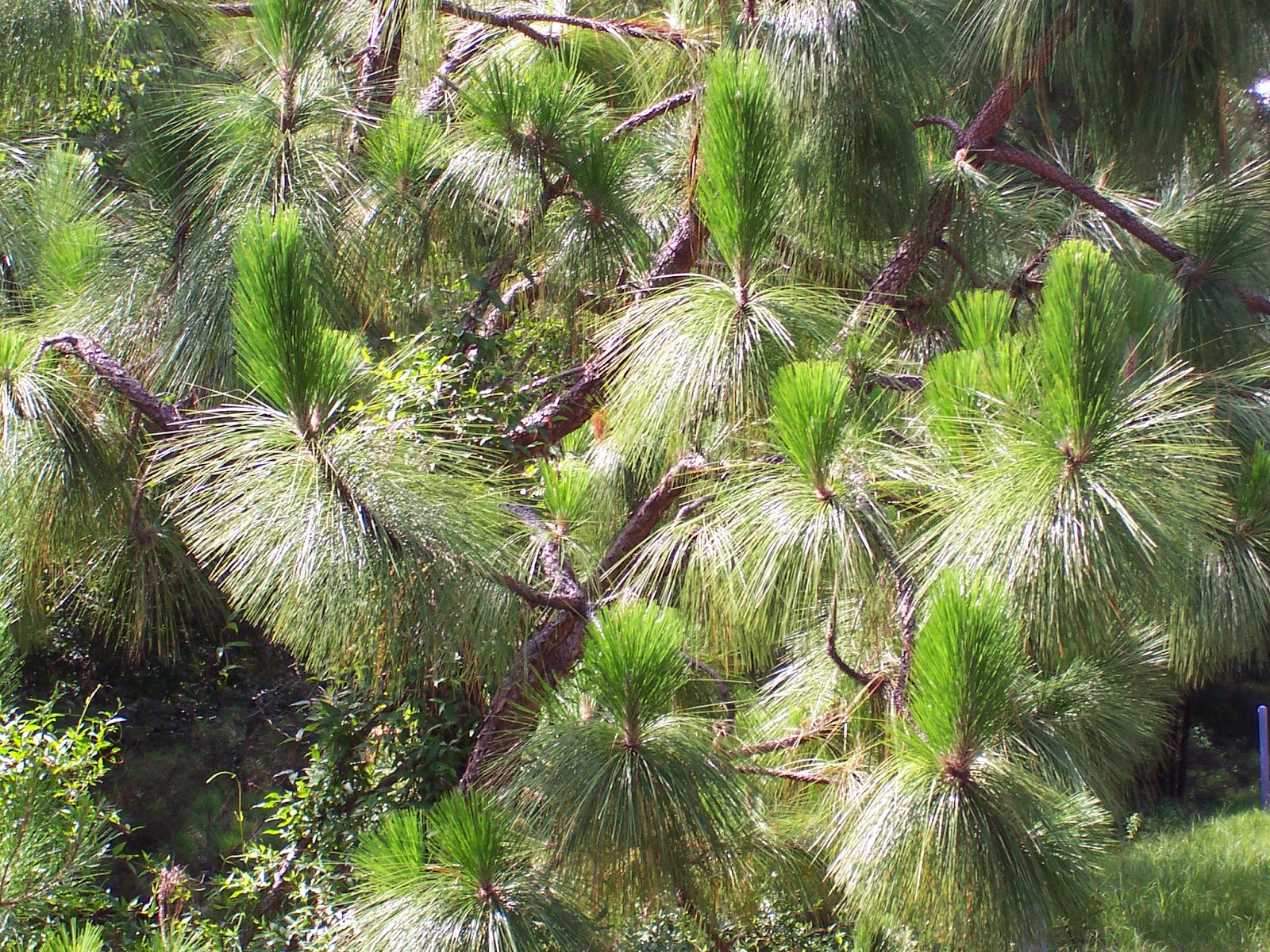 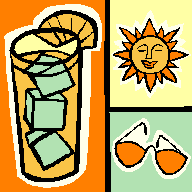